Given her impressive filmography, there’s a solid chance three-time Academy Award winner Sandy Powell has wowed you with her sensational designs. Carol, Cinderella, Hugo, The Young Victoria, The Departed, Gangs of New York, Far From Heaven, Shakespeare In Love, Velvet Goldmine, Orlando – she brought the characters in each of these sumptuous affairs to life, steeped in her impeccable taste. Whether it’s Cinderella’s breathtaking ball gown, the elegant wardrobe of Cate Blanchett’s Carol, or Jack Nicholson’s subtle penchant for purple in The Departed, her singular vision brings each era into vivid focus, spiked with just the right amount of fantasy and always impeccably tailored.

What got you into costume design?
I’ve always been interested in clothes and fashion. As a very young kid I grew up in the 60s, and back then my mother used to make me and my sister’s clothes. A lot of people did those days, as there wasn’t much available. I wanted to learn how to do it myself, so I started by making doll’s clothes and then my own from a very early age.

What was the first time you realized your passion for clothing could translate into a career?
I think probably as a teenager going to the theatre and seeing movies that looked visually stunning. It was then that I realized I was really interested in the visuals and the spectacle of theatre. I went to art school and specialized in theatre design as opposed to fashion because I was interested in the other aspects – the set design as well as the costume design, the characters, and how it was about telling stories more than just putting clothes on a body. 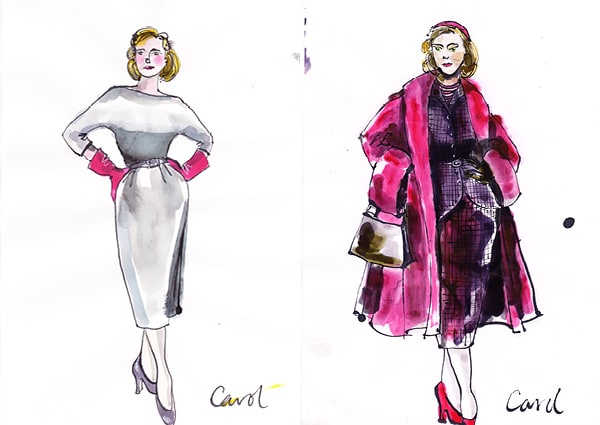 You have long-standing relationships with many of your collaborators – Martin Scorsese, Cate Blanchett – how has that influenced your work?
I’ve been doing this for a very long time now. Chances are you are going to work with the same people again. Martin Scorsese, yes I’ve worked with him a lot, and I’ve also worked with Neil Jordan, Todd Haynes, and Derek Jarman who I started out with, on multiple films as well. Directors like to go back to the people whom they like working with best because they have a relationship. So that makes it considerably easier to do your job, because you don’t have to start the relationship from the beginning. It’s the same thing working with actors more than once. You’re already way ahead of the game by knowing their body, their physicality, what suits them and what doesn’t. Knowing how they are, what their neuroses are – because they all have neuroses – their strong points, the bits that they’re happy with.

When you’re first looking at a script, what if you like the script but you don’t like the character?
Quite often you don’t like the character! I’ve done films where I don’t like any of the characters. The Wolf of Wall Street – is there one character in there that’s likable? There isn’t, is there? When I first read that script I had a problem with it and was like, “This is hideous! This is outrageous! The only way this can possibly work and be palatable is if it’s comedy.” Which of course it is, luckily. But it’s a true story, and that’s what difficult: it’s a true story about the most dreadful people. Not one of them has one redeeming quality. But then you can have fun with the characters that you don’t like. Always the most interesting characters are the baddies.

You do mostly period films, which tend to be more highly regarded for costume design than contemporary films.
People don’t know they’re designed, and that it takes the same amount of work and skill to make a contemporary film look as a good as a period film. It’s just that when people look at period films they see things they’re not familiar with, so it’s more impressive, supposedly, than someone making the exact right choices for a character in a contemporary moment. 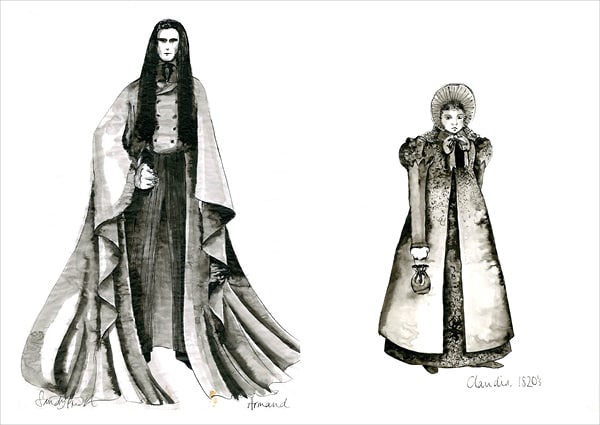 Is there a reason you haven’t done more contemporary work?
Only because I’ve been offered other work that I prefer. I mean, I would do contemporary work – the last contemporary film I probably did was The Departed. I did that, of course, because it’s about great characters and it’s a Martin Scorsese film. Initially I thought, I don’t know whether I’m the best person for the job – it’s men in jeans and how many different ways can you do men in jeans and sneakers? But once I got into it, of course, there are many subtle differences.

How much of your design work is building from scratch versus sourcing?
Well, it depends on the film. For example, Cinderella, I made nearly everything you see. Designed, chose the fabric, built from scratch – including a lot of the extras and half that ball scene. I may know in my head what the perfect thing is, and it’s quicker and easier to make it than to go and hunt for it. But costume design on a contemporary film, it’s about making decisions. It’s designing costume, and a costume is something a character wears to make their character. By making the decision to put this with this for this particular scene or to change it for this particular scene, that’s a design process. It’s telling stories with clothes.

Is it hard for you to be a normal filmgoer, to watch a film objectively?
I think the things that annoy me are things that would annoy me if I weren’t a costume designer, like bad extras. Extras being so distracting in the background, doing bad acting, that really annoys me. Why do you think people are still so enchanted with period films?
There’s an element of fantasy. It’s like the rise of musicals during the Depression. They spent a fortune on musicals to distract people from how terrible things were and to entertain them. I think period films are like that. It’s escapism, it’s fantasy, they get to see things they can’t see on the street.

Culturally, we’re dressing more casually than ever – do you think that is influencing this infatuation?
Absolutely. Even dressing extras for the 70s, people put things on and say, “This is uncomfortable, this is tight.” And I say, “Yes, but that’s how it used to be.” And this is good, you’re not feeling like you, you’re feeling like your character. People expect everything to feel like they have stretch pants on. Everyone is so used to wearing stretch fabric and soft fabrics that anything with any structure or a fitted body makes people feel really weird.

If you weren’t a costume designer, what would you do?
I don’t know! I’d be making something or creating something. I’m obviously still liking it; I’m still getting employed! The nice thing about this job is there’s no ageism. There are costume designers still working who are well into their 80s, and haven’t been busier, it’s incredible. You’re not treated like you’re old and you don’t know anything anymore; you’re treated like you’re old, you know a lot, you’ve done a lot and you’ve got a lot of experience.